In addition to his distinguished military service, Mr. Alvarez is a lawyer, author, entrepreneur, and executive. He also had an exceptional public service career as Deputy Director of the Peace Corps, Deputy Administrator of the Veterans Administration, and Chairman of the CARES Commission. In 2008, Mr. Alvarez was honored as one of the 25 greatest public servants by the Council for Excellence in Government. In the private sector, he founded Conwal in 1987, which he sold in 2002, and Alvarez & Associates in 2004.

Mr. Alvarez is a lifetime member of the Board of Fellows of Santa Clara University, which awarded him its Alumnus of Distinction Award; he earned a BS in Electrical Engineering in 1960. After his return from Vietnam, he received an MS in Operations Research and Systems Analysis from the Naval Postgraduate School in 1976 and a JD from The George Washington University in 1983.

Mr. Alvarez continues to be involved with education through his service on the Board of Governors of Grantham University, the Board of Directors of the International Graduate University of Democracy in Washington DC, and the College of William & Mary Washington DC Council. In 1987, his hometown of Salinas, California named a new high school after him, Everett Alvarez High School, which was completed in 1994.

Mr. Alvarez has served on the White House Board of Fellows Selection Committee, the Board of Directors of the Armed Services YMCA of the USA, and the Library of Congress Veterans History Project Five Star Council Advisory Committee. He has also authored two books — Chained Eagle, a historical account of his experiences during his captivity in Vietnam, and Code of Conduct, the story of the rebuilding of his life upon his return from Vietnam.

In honor of his military accomplishments, Mr. Alvarez has earned several awards. In 2012, he received the Lone Sailor Award from the US Navy Memorial Foundation. In 2014, Secretary of Defense Chuck Hagel appointed him to the Vietnam War Commemoration Advisory Council. 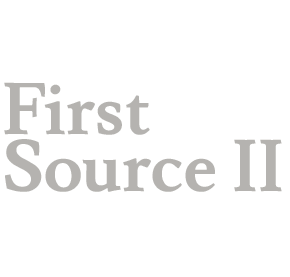 IT Support by SADOS